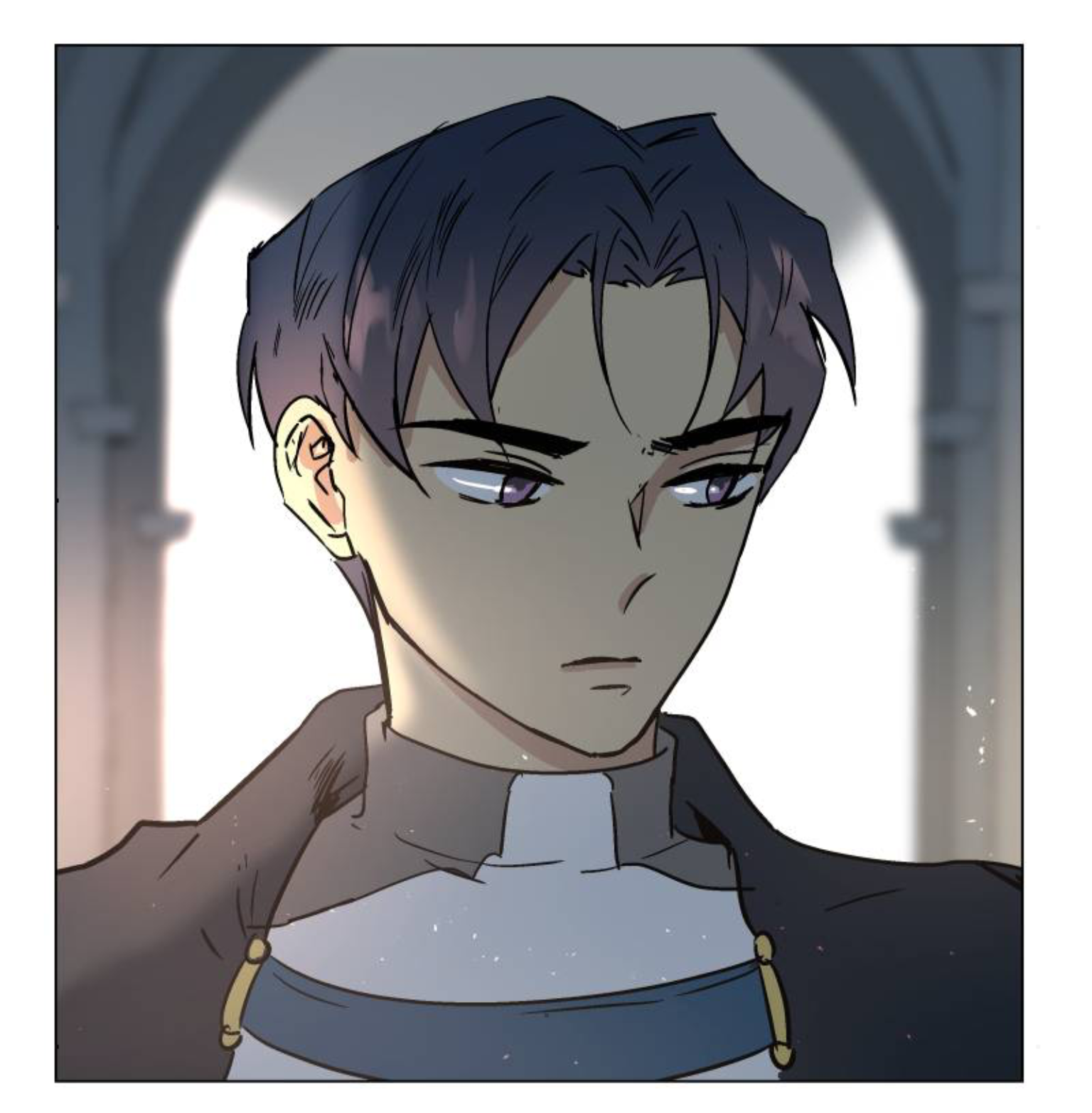 Conflict within the Spirit World

Episode 47 opens with an old friend. Katsurou sits in the midst of a sea of stars gripping his legs. There is a sadness that hangs around him, one that to exudes solitude. Though that may just be inferred from how long it feels since Katsurou and Jinsei last spoke. Trapped in the spirit world, does time flow differently? It has likely only been several days. But the shadow cast over him and the muted colours only add to the sense that he is lonely, and he is waiting.

As the panels flow by we begin to get a sense of what is happening. The empire, in possession of his coin are using it for something. The familiar black energy swirls around him, energy that originates from the Apophis coin and gauntlet. He looks over his shoulder, as if noticing it for the first time the expression on his face is weary and tense but not surprised. It would seem Katsurou has endured this before. I really like the colour of his eyes in this panel. They are bright while all other colours are muted compared to the hues we have seen before. The red of his collar, previously seen vibrant does not look red at all. Its symbolic I think, of what the Apophis coin and by extension the empire is doing: Draining the colour and the life from everything it touches a far cry from the natural order of things.

But it is this panel that really shows the reach of Apophis. A black void manifesting in the spiritual world. I really like the inclusion of “Vmmm mmm” as it gives a sense of what originally drew Katsurou’s attention. The sheer size of the void in comparison to Katsurou shows the danger Apophis poses to the spirit world.

It is not long before black chains emerge from the black void and strike towards Katsurou. he manages to dodge them but Punavarsu is not so lucky. Chained by the ankle he is being dragged into the void.

The Inclusion of this is really important. It shows that while the spirit coins are powerful when combined with their contracted humans, they are not infallible and are vulnerable. We know that they can be corrupted, the situation at Mapulehu shows this. Luckily for Punavarsu, Katsurou is there to help.

This is an interesting revelation. If the Spirit coins do not possess their own Regalia but can form them via the coins, then what exactly denotes the shape of the regalia that is formed.

How curious indeed. There is a connection between the formation of regalia and being human. If the only way that a spirit can possess their own regalia is by previously being human, then on an innate level I would theorize the formation of the regalia is something, the bearer of the spirit coin does Instinctively.

This would infer that the contract between Spirit coin and wielder is one that grants the human access to the energy and power of the spirit itself using the Coin as a tether and a medium for that power. Taking the Regalia to the next level would simply be a case of proving being able to handle the additional energy or gaining the trust of the contracted spirit and strengthening the bond between the two to a point where this occurs. This is of course all conjecture, but regardless it is interesting that an emphasis on Katsurou previously being human is made in relation to him being able to wield and produce his own regalia. As always the elephant in the room in this regard is whether a formerly human spirt could ever become human again, I suspect, there is a semblance of tragic self sacrifice on Katsurou’s part there.

Katsurou declines to comment on Punavarsu’s speculation, looking uncharacteristically grumpy in this panel.

The next panel brings us back to the material world and Gneral Rhylus conducting experiments on the Spirit coins. His Apophis gauntlet has cracked presumably caused by Katsurou breaking the chains that had seized Punavarsu. General Rhylus comments on the coin resisting more than the others.

This one seems to be resisting more than the others… is it because it’s already contracted to that half-blooded girl, or… is there another interference?

This is important, I think, because it hints to the depth of Rhylus’ knowledge. We do not know if he can see what form the spirit connected to the coin takes, but that he is quick to countenance the possibility of Katsurou’s involvement indicates he has a deep understanding of the coins and the spirit world.

Saz, Pisca and the two fugitives

The call sequence from general Pisca is important because it seamlessly moves the focus from Rhylus and the Spirit Coins to Pisca and the Empress.

By far the most noteworthy aspect of the sequence is the revelation that the Empress does not know everything that is going on, rather, she is being heavily manipulated by Rhylus and the other generals. Whether this manipulation is duplicious from the generals or merely under the direction of Rhylus remains to be seen. But it is important, beacause it indicates that the Empress is not as in control of her Empire as she should be.

As far back as episode 3 of season one, Jinsei showed disbelief and slight outrage at Sumire’s edicts. At the time it was the ban on the sale of airship components. He questioned why she would do so. later we saw her being advised by Rhylus that Jinsei was a categorical traitor and her subsequent breakdown at the beginning of season two would suggest that she has never really had all of the information.

I like the duplicity at play in Rhylus’ words here. Taken on face value it would sound, from Pica’s perspective as genuine concern. Her sideways glance, apparently to Saz, (though i do wonder how she can see him given her fringe and current posture) tells us a lot about her. This is much different face to the aggressive but skilled General we encountered at the start of Season 2, this is the face Pisca shows to her allies.

Given the devotion that Saz has already shown, Pisca’s assertion comes at no surprise, we know Saz has Sumire’s best interest at heart, however, I do wonder if he is also part of the problem. He is blind to the possibility that Jinsei could have had a reason for doing what he did and instead turns to labelling him as no more than a traitor that must be hunted and prosecuted.

Jinsei isn’t spared from responsibility in this regard, he squandered his chance to reveal to Saz what was really happening and while this was due to his PTSD that does not entirely exonerate him from responsibility. At the same juncture, Saz could have listened instead of poking at Jinsei’s raw wounds.

The Saz we see today has bigger issues to contend with: two rather adorable Cinnamon fugitives. I have to admit I never contemplated the possibility of Pisca being a mother – but seeing these two, somehow makes it seem like that’s how it was always meant to be. Grace and Silas are a charm to behold and while their inclusion could be seen as odd, I suspect there is much more in store for these two. The interaction between them and Pisca is simply adorable. (to adorable for me not to include.)

I adore the way Saz looks away, it shows that while he is a bit strict he also has a soft side and clearly his Achilles heel is children or at the very least Grace and Silas.

Yeah … your training sessions are always so crazy to watch. Especially back them, watching uncle Saz train with uncle Jinsei–

One of the things that I often forget is how close and interconnected Jinsei and the empire is. The Generals are all either close friends, distant relatives, but most importantly they are the rocks that up until his fathers death were constantly present within his life. We know Pisca and General Davies reported directly to Jinsei during the Mapulehu event, but this shows just how close they really were. In order for her children to refer to Jinsei as “uncle” he must have been an important figure in their lives.

Pisca’s reaction, while not surprising is a solemn thing to behold. It highlights the depth of pain his “betrayal” has caused. Pisca, who undoubtedly loves her children, cannot stop herself from reacting harshly to an innocent comment. The shocked looks on Grace and Silus’ faces show just how out of character it is for them to see their mother react this way, the resignation in their postures with “yes mother” really brings home the ramifications. The most curious reaction though belongs to Saz, he has turned his gaze away again, a sad resignation in his eyes. He clearly finds it uncomfortable perhaps it is wishful thinking, but I think deep down he still truly cares for Jinsei, time will tell. The scene switches to Jinsei and co, boarding their ship ready to take on the empire and fight to reclaim their Spirit Coins.