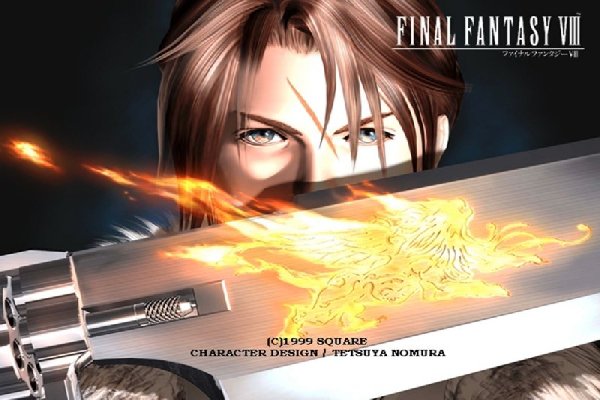 By steven mepham3rd September 2019No Comments

A Final Fantasy VIII (FFVIII) remaster is something I have wanted for a long time but did not ever expect to see. Final Fantasy VIII is one of those games from the PSOne era that sits in an awkward spot. It is not the earliest of games and therefore is not as graphically flawed, nor did it come at the end of the PSOne cycle when the majority of game developers had overcome most obstacles posed by the system. FFVIII is one of those that were trying to push boundaries and graphically in comparison to FFVII it succeeded, but not without its obvious flaws. Infamous for its pixilated character models and odd graphical errors. It was a game that at its time was trying to push realism, push the Psone era graphics to its boundaries. Later entries would overcome much of the limitations that plagued VIII, but for its time it looked great. Roll on twenty years and it now looks terrible. Unlike the smooth but iconic block models of Final Fantasy VII or the artistic sprites of IX, the models of Final Fantasy VIII did not age well.

When Square-Enix announced that a Final Fantasy VIII remaster was in the works and would arrive at some point in 2019 to say I was excited is an understatement. However, I did look on with some trepidation. I have always considered the graphics being one of the main things that would hold Final Fantasy VIII back because where there is a charm in the appearance of Final Fantasy VII and IX, Final Fantasy VIII looks… broken. It is therefore with mixed feelings I take to this review.

First, I should make clear, that while I try for objectivity, I am not certain I can achieve it for Final Fantasy VIII. It is my favorite Final Fantasy, not because it is the best (though I would argue that it certainly has enough aspects to be considered) But because for me, it is the most impactful. It was a game that encapsulated my interest and is probably the one I’ve played the most, excepting Final Fantasy XIV which seems to have consumed my body and soul (willingly.) I know that with eight, I have several pairs of Nostalgia-tinted glasses on, and I’m not even sorry about that.

So to answer a question I have seen a lot recently.

Is Final Fantasy VIII: Remaster worth getting?

YES. Of course, it is. This may not come as a surprise but graphics do not denote a games worth. Let me say that again. Graphics do not denote a games worth. It is easy in the modern era of super-smooth graphics and excellent expression, to see graphics as the main focus of a game. The unique selling point of all unique selling points. Square-Enix themselves have an issue on this front. They seem at times to weigh graphics as more important than the other aspects such as decent story and fun and engaging gameplay. The Final Fantasy VIII remaster has brought a decent facelift to Guardian forces and Character models, in my opinion, Squall and co have never looked better. The same cannot be said for the backgrounds though, look too closely and not only does the blur stand out but the difference in quality is stark. It does, however, make the updated Character models look even crisper and better then they would if the backgrounds had been remastered too. I understand why they didn’t though, that would pretty much mean remaking the game from scratch. The pained graphics is nowhere more evident than on the world map which is a distracting mess of rendering grid lines. plains are now a chequered board of squares and mountains and coastlines boast myriad triangles. I would hope at some point, Square Enix patch this, though I doubt that that will happen. Despite the distracting world map, the rest of the game is pretty well remastered, even with the blurred backgrounds.

One thing to be thankful for is the restoration of the PSOne game Soundtrack. For those who don’t know, this is the second pc port of Final Fantasy VIII. The first was a pc port by eidos that was riddled with bugs and subject to a pretty severe overhaul of its graphics and music by the community. The native PC release saw the original soundtrack altered to some god-awful midi track. Thankfully the remaster has restored the original tracks and I couldn’t be happier for their inclusion.

But the main thing with Final Fantasy VIII, and I say this aware of the vast range of opinion out there, is the story. It is exemplary, though strange. Many find the ending dissatisfying. But for me, the story is epic. It is about a group of teenagers who have responsibility placed unduly on their shoulders. The growth that Squall and company go though, in my opinion, is phenomenal for a game of its time and what I especially like is the duality of character that we get with the conflict between what they say and the internal monologue they see it. Squall is not an infallible hero who can do no wrong. He is deeply flawed, somewhat of a loner who keeps all people at an arm’s length when we first meet him, his growth of character by the end of game sticks out for me as one of the best. The plot itself, with its twists and turns, can be confusing at first, unless you to take the time to understand what is actually going on. Once you do, you realise just how clever, just how interlinked it all is. Though I shall not spoil it here. I do plan on writing an in-depth analysis of Squall and Seifer’s characters once I have finished playing the game and perhaps a comparison of PS4 vs Switch versions.

Final Fantasy VIII is £15.99 on all platforms and is only available digitally. For me, I think this is a fair price for a game that has had some work done to upscale it. Do I think it could have been further remastered? Yes. But I feel, that perhaps it was rushed to fit with the 20th-anniversary release date (us release) following the criticism of its omission from its actual anniversary release date in February. That is pure conjecture on my part though. Overall though I am pleased that Final Fantasy VIII is available to replay on modern plaforms for new generations to discover and enjoy.