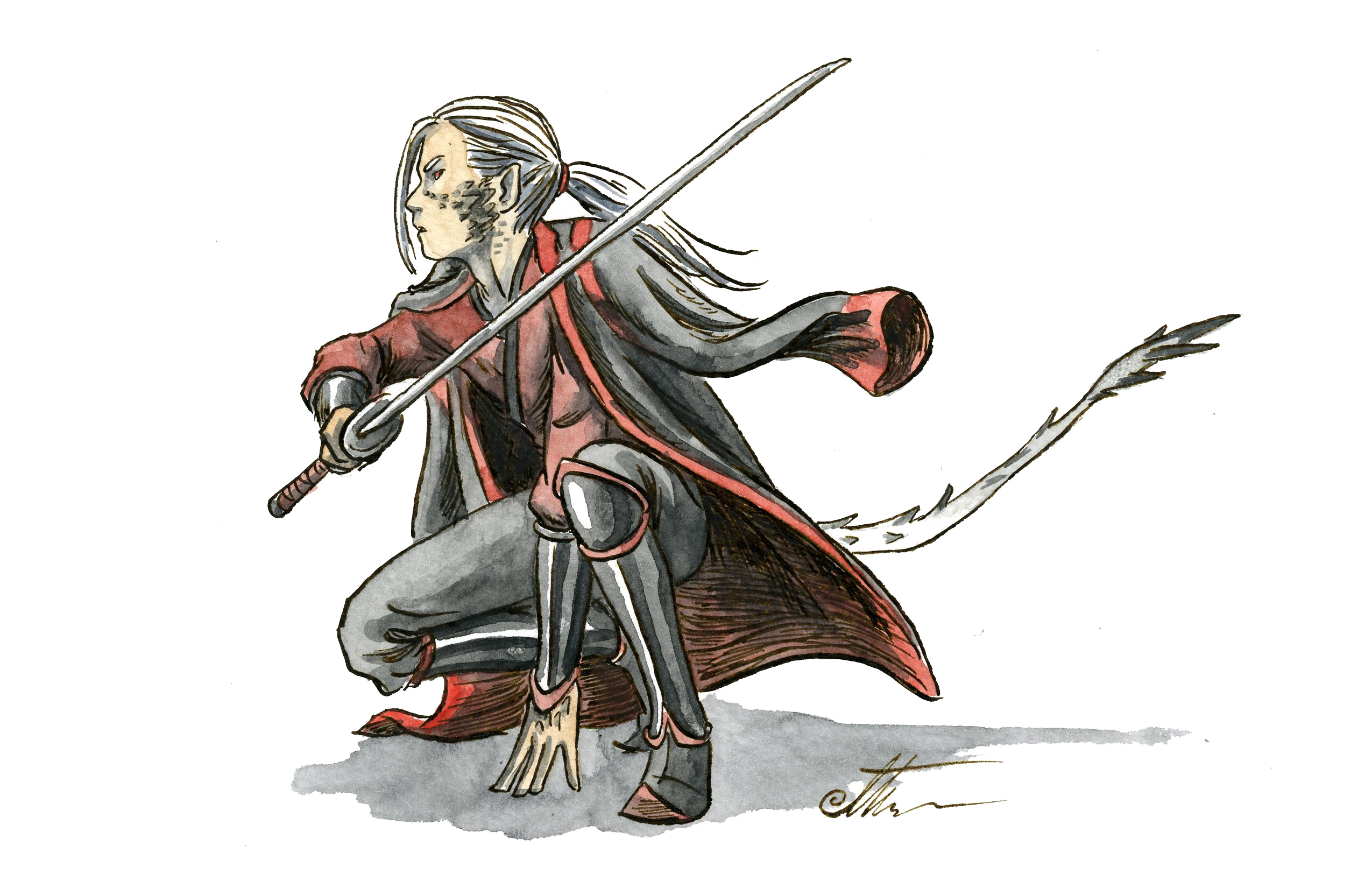 Writing: My progress on the Evoker.

I have been writing the Evoker for almost 19 years and in that time the world, the plot the characters have changed exponentially. In many ways, the Evoker has grown as I have grown and matured. My prose and writing style has changed so much over the years and the characters and world I built has evolved with each redraft. It’s a strange thing to think back on and to see the hints of the path I have trodden.

Even the characters themselves have grown from the cliched exiled but vastly arrogant prince to the orphan oblivious to his past. Admittedly this is still a cliche, but the Evoker is not about an arrogant dethroned prince winning back his kingdom. Instead, it focuses on his attempt at finding a place in the world, of learning the truth and forging bonds with those he encounters. Atadreanar is still young and nieve, he is also still gifted, even though he is oblivious to this, but his character is much more nuanced than original versions and his path filled with a lot less glory, a lot less dramatic monologuing, but much more humanity. It’s strange when I consider that my characters have flaws and it is these flaws that make them strong.

When I originally created my characters I did so with the notion of what I thought was cool. As the years have passed, this has become much more refined and instead, I no longer worry about what they can do, but rather who they are inside and from there, what happened to make them the way they are. Raen is a prime example. He is obsessed with living up to his father’s expectations. Obsessed with trying to please a man who is harsh and cruel, but not uncaring. His father’s view of being strong distorts Raen self-esteem into seeing himself as a burden, seeing himself as weak. This drives the desperation that Raen feels on his pilgrimage to succeed and the abject horror of what he uncovers. When he meets Yukine, a patron god that changes the trajectory of his life, he isn’t surprised he gets possessed and doesn’t curse his own weakness. Instead, as is his won’t, he tries to understand Yukine, understand the motives this childish but ancient god has. There is no grandstanding, there is no drama. Raen is one of the strongest characters because he is resilient in the face of adversity. No matter how much is thrown at him, how many times he fails. He simply chooses to stand, dust himself down and continue.

I think the hardest part of writing is worldbuilding. To know not only how the world is right now, but also how it was ten, twenty, fifty years before it is set. To understand the rules and limitations the world is set by and why society is built the way it is. There are an inordinate amount of real-world parallels and references to draw from. But, even if you say take medieval Europe as a setting, that is a span of around 400 – 500 years and changes depending on where in Europe you look. Understanding why the part you selected developed the way it is is key. You need to understand how we got where we did and what was the prerequisite things to ensure plausibility. Once you know that, then you have to look at the ramifications of the cultural mindset and then add into the mix, the fantasy elements. If a world has multiple sentient species would racism exist in terms of skin colour within the same species? If magic exists would there be a disparity in attitudes towards it? Would those who could use magic be persecuted? And how would magic change fundamentals like economy, building and agriculture?

Over the years each of these questions have been answered countless times, then reasked. A single change to culture can break the set up of the world and result in having to do extensive rewrites. Then comes the greatest challenge of all. Actually writing. It is easy to get lost in the world and dump too much information that is not needed. I need to know this information as a writer, but my readers? they don’t. Their concern is on my characters, their interactions and what will happen next. Its a delicate balance between too much info and not enough. One of my university lecturers once explained it to me as knowing a pint glass of information and giving a shot glass worth. But I prefer to think of it as knowing a mountain worth of information but giving a single snowflake worth. I have to admit, worldbuilding while hard is also vastly rewarding and a little too seductive. I can quite easily lose hours in thinking up new cultures and histories. I once spent a week developing the stages of several magical afflictions when really all I needed to say was you get this you will die.

Rambling aside, my intent was to discuss my progress on The Evoker. The short version is that it is coming along well. However, the level of changes to the first draft (which I completed as my final dissertation for my masters) are so fundamental that I will need to rewrite the entire thing. Think of it as a knitted scarf where you have used three colours and then suddenly have to remove two. You can try to unpick them, but it is far easier and much more prudent to start from scratch and use the original as a reference. This is where I am at with the Evoker. I have spent two years ironing out the fatal flaws and the result is a narrative that I hope will be stronger and more engaging. But like the umpteen drafts that have come before is inherently different. That said, I have decided to put my foot down with myself. This will be the last full rewrite draft I write of the Evoker (though I will still do edit drafts) There comes a time hen you simply have to say enough is enough.