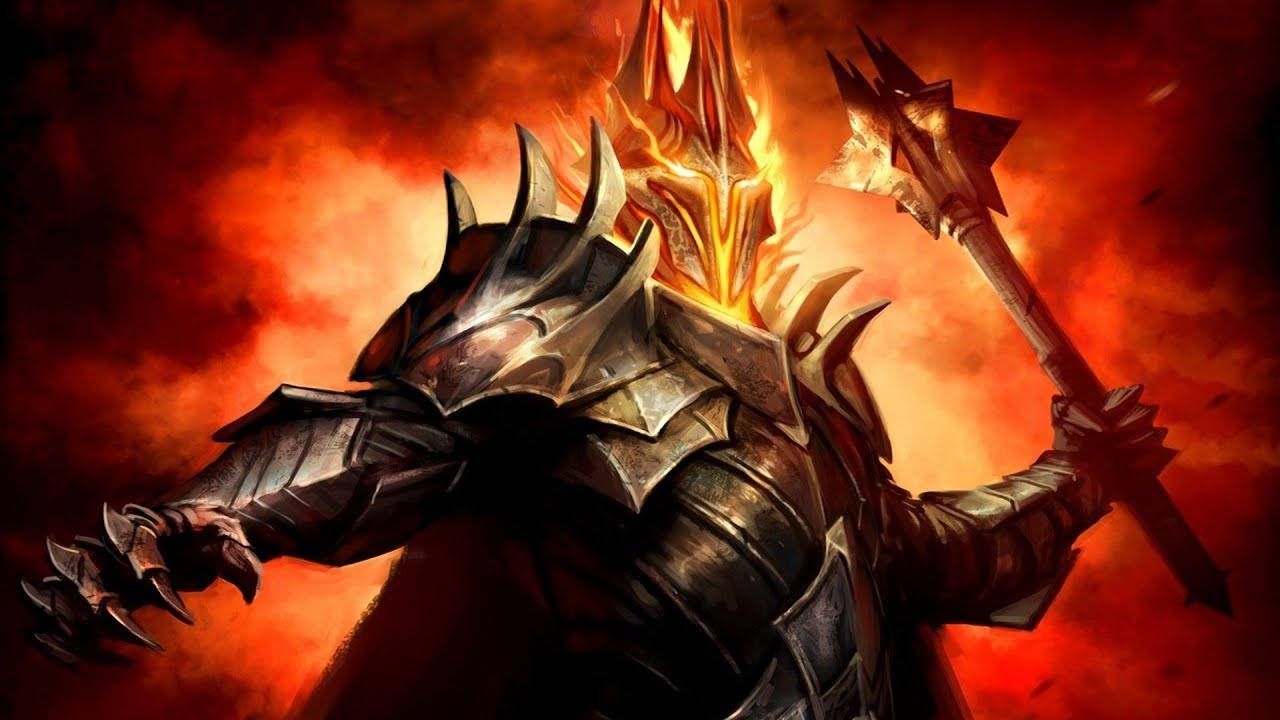 Writing: What constitutes a good Antagonist?

As most who know me will attest I am always drawn to the tragic, redemptive tale. For me, the interesting part of any story isn’t in how they overcome obstacles, but rather what the ramifications of doing so are and how they affect the protagonist. The same can be said of antagonists and at its core, their side of the narrative coin must always be rooted in motivation.

Antagonists who lack decent and plausible motive, tend to become very two dimensional, flat and uninteresting. If we take Sauron from Lord of the Rings his motive is to dominate all life, we are told this during the mythos in the making of the one ring. “One ring to rule them all…” however, the question must be asked. Why? what does he gain from world domination? Is it the joy of war? he can’t wage war with himself? does he just want to subjugate others? the problem with the “World domination for the sake of world domination” trope is while it plays into the idea of being power hungry and greedy, it lacks substance and is fragile.

If we take the ascians from Final Fantasy XIV, while for a long time they have been the arbiters of chaos, we have always known they had a clear purpose. Their motivation was to undo the sundering ( an ancient event that split the original planet into 14-dimensional reflection.) and thereby restore their god. What we didn’t know was why? Final Fantasy XIV’s most recent expansion Shadowbringers provided this answer, exposed from the viewpoint of the antagonist Emet Selch. In the time before the sundering, the fabric of reality was unravelling and his people facing their end. To save their world half of their number sacrificed themselves to create a god with the ability to rewrite the laws of creation. To restore life, they sacrificed half of what remained. The sundering happened because some feared that their new god would want ever more sacrifice, so they summoned a counter to him, the battle between the two ended in the original god’s defeat and the sundering of the planet and universe. The Ascians “Ardor” their genocidal rejoining of the thirteen shards into the source is motivated not by the will to just restore their original god. But to restore their people. The sundering tore apart everything, including souls into fourteen parts. To the Ascians, the peoples who populate the shards they are decimating, are not truly people at all, merely tattered remnants that remind them of who they once were. To them, it is not genocide, because they are not people. Their final goal is to restore those that sacrificed themselves, by offering the remnant souls of the non-people in exchange. While it is clear they are fundamentally wrong, their motivation is to save their people, even though technically those people no longer exist.

For me, this is what a good Antagonist looks like. We don’t always need to know the reasons behind their actions, but when we do it should be groundbreaking and make us and the protagonist question what it is they are doing. To sympathise with the antagonist and in many ways understand why they choose to do what they are doing. It is quite often I encounter antagonists who are fundamentally inhuman. They have no motivation only drive for a singular goal. The problem with this approach is it leaves the antagonist feeling flat and empty. It is in the emotional exposition that characters grow and are understood. This is the basis of good character. It is not enough to just have motivation or a goal in mind, there need to emotion and the deep-felt ramifications of their actions.

Some of the best antagonists are those that are doing terrible things and are fully aware of it. These portrayals often dwell in the emotive guilt, the little lies we ourselves to make ourselves feel better about the actions we take. Such antagonists draw on this and extrapolate an emotive pathway that we see inside their head. It brings the dilemma trope “one life in exchange for millions,” to mind. This does not mean the antagonist has to be a nice person. Indeed, some of the strongest are simply motivated by revenge and just want to see the world burn – that is fine and narratively rewarding as long as it is coupled with the emotions behind the actions and motivation.

When I approach my own antagonists, I generally look to the motivation and then how they feel and as a result have a myriad of antagonists that are fundamentally different. I don’t possess the hubris to presume they are good antagonists. But they follow the aspects I have laid above. One mercilessly hunts down users of magick because he believes he is saving them from being corrupted and killing overs. Another built an empire on the back of manipulation and betrayal because of a prophecy that hounded his every dream from childhood, one that was ignored by the world powers. The truth behind the prophecy and its meaning are ironic and tragic, but I shall keep that card close until I write that novel.

Essentially each Antagonist has an agenda that is backed by their history, their perspective and their emotions. Though they don’t always need to have a noble cause gone wrong, they do need a clear motivation backed by their history and emotion. It is through the combination of these aspects that we can relate and understand the protagonists.

In Avatar: The Last Airbender (the animation), the antagonist Zuko for the first season is motivated by the notion of regaining his lost honour. He hounds the Avatar and his companions, destroys villages and vents his frustration at his circumstances. But at its core, his story is about him coming to terms with his past and realising that the things that have happened to him aren’t necessarily just.

Zuko resembles the fallen Hero, in that his goals, while selfish have been brought about by circumstance. But it is the journey, the growth that happens over the three seasons that make him shine, even if by the end he can no longer be considered an Antagonist at all, his journey is not lessened by any means and his sins are not washed away. His actions as an antagonist infer and direct the response of those around him. This is fulfilling story telling. He is never represented as wholly bad, or good, simply flawed and trying to tread the path before him and that is what makes him such an impactful character.

An antagonists’ worth, like protagonist, is a sum of their history, motivations, emotion and growth, it is in their flaws that they truly shine, that they can truly have an impact. Anyone can be all-powerful, but it is the struggle that leaves a lasting impression.

Writing: My progress on the Evoker.